With over 16 entrants, Mader was up against a large group of contenders that included the category’s five finalists: Barminco, Coal Augering Services, Cougar Drilling and SMS Mining. 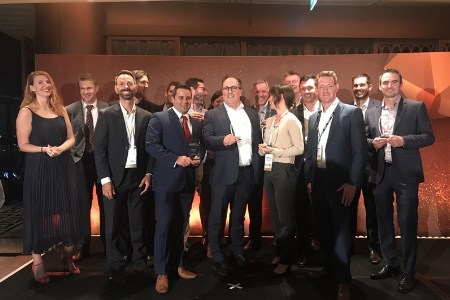 Founded in Western Australia, Mader Group are mechanically minded specialists in mobile and fixed plant maintenance. The group was created in 2005 by founder and executive director, Luke Mader.

In August 2018, Mader opened an office in Colarado, USA, shortly followed by the opening of an office in NSW in early 2019.

Mader was also recently shortlisted as a finalist in the category of 'corporate social responsibility' (CSR) for the 2018/19 AIM WA pinnacle awards, which was held last week at The Westin, Perth.

The Future of Mining Awards are part of ‘Future of Mining Australia’, an exhibition and conference created to connect the heads and managers of mine operations and mining equipment, and technology and services (METS) providers from top enterprises around the globe.

Over 500 mining professionals attended the Future of Mining conference which delivered on its promise of great content, conversations and new connections in the continual debate on what the future holds for the industry.

Read the article online at: https://www.globalminingreview.com/special-reports/02042019/mader-group-named-mining-contractor-of-the-year-in-sydney/

Orefinders have entered into an agreement to acquire a 100% interest in the Grizzly Gold project in the Chibougamau District of Quebec.