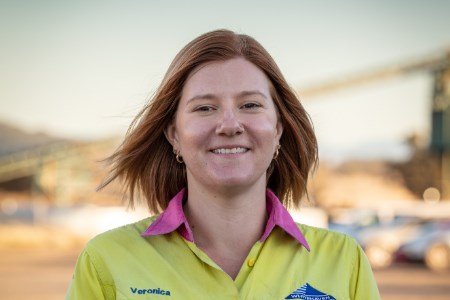 That is one of the reasons she has been named as a finalist for the Exceptional Young Woman in NSW Mining Award, one of five categories at this year’s NSW Women in Mining Awards.

Towndrow-Bree said she was honoured to nominated amongst an outstanding group of women who are helping increase diversity in the sector.

“As a company committed to supporting diversity in the workplace, Whitehaven has given me the career opportunities to thrive in a traditionally male industry, Towndrow-Bree said.

“They’ve also given me the freedom and resources to give back to the community. Since starting with the company, I’ve worked with local teachers to organise site visits for year five and six students to learn about geology, the environment and mine rehabilitation.

“For the female students, it’s a fantastic opportunity to provide a fresh perspective on mining and the career paths open to them in the future.”

Towndrow-Bree also works with vacation students on site each year. A geologist by training, Towndrow-Bree started her career in the resources industry in 2010 and joined Whitehaven’s Werris Creek coal mine in late 2013 as a mine geologist.

Since 2017, she has risen through the ranks and now holds the dual role of Coal Handling and Processing Plant Superintendent and Mine Geologist.

“It’s such a rewarding industry and workplace. The satisfaction you get from achieving something in the mining industry and knowing that it contributes to something bigger can’t be matched,” Towndrow-Bree said.

“We are deeply embedded in the North West NSW community and committed to ensuring the economic and other benefits of our presence are seen and felt locally – and this includes by continuing to increase our rates of female and indigenous workforce participation,” Flynn said.

“Everyone at Whitehaven is very proud of Veronica for being nominated as a finalist in the Exceptional Young Woman in NSW Mining Award and wish her all the best at the Awards later this month.”

The NSW Women in Mining Awards ceremony will be held at NSW Parliament on 30 May 2019. Winners will go on to represent NSW at the Women in Resources National Awards.

Read the article online at: https://www.globalminingreview.com/mining/14052019/leading-the-way-for-women-in-mining/

Eurasian Resources Group has announced its intention to invest in the Kingdom of Saudi Arabia long-term.