The directors of Thor Mining Plc have announced that a ground-based electromagnetic survey over the nickel gossan now referred to as the Krona Prospect has commenced at the company’s 100% owned Ragged Range Project, located in the Eastern Pilbara, Western Australia. 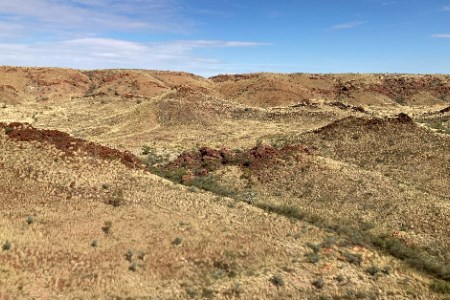 “Thor is excited to see the geophysics crew begin work on the ground after nearly one year of waiting for this survey to commence as a result of WA border closure and high demand on geophysics crews.

“Geological mapping and sampling indicate that the gossan extends over 1km, with geochemistry highlighting anomalous nickel and chromium. The electromagnetic survey is expected to identify the most prospective areas of nickel sulfide mineralisation at depth to conduct initial drill testing and will take around one week to complete, with results to follow soon after.

“Concurrently, we are working to map and sample several targets prospective for lithium identified within a 10km radius of the Split Rock Supersuite at Ragged Range as well as finalising preparations to commence RC drilling at the Sterling Gold prospect, following up on structurally controlled anomalous gold in streams and soils.

“We look forward to updating the market as soon as results are available.”

Read the article online at: https://www.globalminingreview.com/mining/06052022/thor-mining-commences-survey-at-its-ragged-range-project/