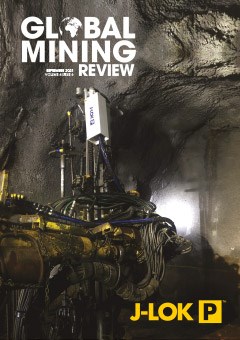 The statement, “environmental concerns are rising”, among others of the same ilk, formed the backbone of Dr Jumana Saleheen’s ‘Guest Comment’ that featured in the July/August issue of Global Mining Review.1 With the recent release of the latest Intergovernmental Panel on Climate Change (IPCC) report, these words now seem both prophetic, as well as a dramatic understatement.

According to the UN Secretary-General, António Guterres, the “IPCC Working Group 1 report is a code red for humanity. The alarm bells are deafening, and the evidence is irrefutable […] Global heating is affecting every region on Earth, with many of the changes becoming irreversible.”2 The Secretary-General pulled no punches to say the least, and the number of prominent names adding their voices to his in response to the report has only grown since its release. Once again, one of the loudest of these voices has been Swedish environmental activist, Greta Thunberg, who, in an interview with Reuters, has called for pressure to be placed on governments to fight climate change: “I hope this can be a wake-up call, in every possible way.”3

The response to the report from the world’s political leaders has included comments from both the British Prime Minister, Boris Johnson – who echoed Thunberg’s hope for the report to serve as a “wake-up call to the world” – and the US President, Joe Biden, who tweeted: “We can’t wait to tackle the climate crisis. The signs are unmistakable. The science is undeniable. And the cost of inaction keeps mounting.”4

The first speeches and verbal commitments have been made, and high-level talks will continue at November’s UN COP26 climate conference in Glasgow, Scotland, but the real question being asked is: what action is going to be taken – especially by governments and the industries producing the largest quantities of greenhouse gases (GHGs) – to safeguard the future of our planet?

It is undeniable that the mining industry is a significant emitter of GHGs. However, the urgent challenge of sustainability is not one that it is unprepared for. In this latest issue of Global Mining Review, there are no less than four technical articles outlining steps being taken to promote: the importance of decarbonising operations (Motion Metrics, pp. 51 – 54); strategies to attain achievable carbon goals (ENGIE Impact, pp. 55 – 57); “the global transition to a green economy” (The Copper Mark, pp. 58 – 61); and emission-free battery electric vehicles (Saft, pp. 63 – 66).

Make sure to check out all of this great content, as well as Fact.MR’s latest regional report, which discusses new reforms proposed and implemented by the government for the mining industry in India (pp. 12 – 16), and Argus Media’s special report exploring how China’s diplomatic spat with Australia is complicating the global coal market’s recovery from COVID-19 (pp. 18 – 22).

Speaking of COVID-19, with vaccination programme’s around the world beginning to have a noticeable an impact, borders are opening up and in-person events are finally resuming. The return of conferences and exhibitions, such as MINExpo, will no doubt be the mining industry’s own ‘shot-in-the-arm’, serving as a catalyst for new business opportunities and collaborations, and helping us all work towards building a brighter future for both our industry and our planet.

When the world’s largest mining event prepares to open its doors for business on 13 – 15 September in Las Vegas, make sure to visit Global Mining Review at Booth 1840 in the North Hall. We hope to see you there.