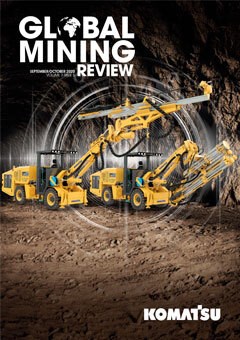 In the last 20 years, Australia has established itself as the world’s leading source of iron ore. The country was quick to respond to China’s growing demand for the steel-making, with raw material and production being scaled up more than five-fold, from 164 million t in 2000 to approximately 900 million t in 2020. The country’s share of seaborne iron ore supply rose rapidly until 2015, when multiple large scale growth projects were brought online. Since then, the country’s market share has inched upwards as major producers are maximising system capacity, while competitors in other countries have struggled to meet their targeted expansion plans. Most notably, weather disruptions in Brazil and the tragic tailings dam accident in January 2019 have resulted in the world’s second largest exporter losing market share.

So what is the secret behind Australia’s ability to increase and protect its market share? First of all, the country has an exceptional resource endowment in the Pilbara region, Western Australia. Most of the production consists of direct shipping ore (DSO), which requires minimal processing to deliver stable marketable products customers can rely upon to maintain efficient iron-making operations. The resources have been developed using a simple supply chain configuration, are scalable, and have a lower operational risk profile compared to other major exporting countries. These attractive characteristics of Australia’s iron ore and its supportive investment environment have been instrumental to the successful expansion record the industry has witnessed.

Another advantage Australia enjoys is its proximity to the largest iron ore-importing region in the world – northeast Asia, which encompasses China, Japan, Korea and Taiwan. The region accounts for nearly 85% of all global iron ore imports, and Australia’s proximity relative to its competitors means shorter lead times and cheaper freight to deliver the ore to customers.

Brazil has seen its market share slip after the tailings dam accidents in 2015 and 2019. CRU expects the regulatory response to transform the way the industry manages and disposes of tailings. This is particularly challenging in Brazil as the resource quality in the country’s main producing region, Minas Gerais, is lower than in Australia, meaning more beneficiation and tailings generation is essential. The characteristics and location of southern Brazilian resources results in a longer value chain and higher labour intensity per tonne of ore produced, making the region more vulnerable to supply disruptions. Vale, which accounts for nearly 80% of the country’s output, is in the process of shifting more production over to the northern parts of the country, where its massive S11D mine is located. Northern Brazilian iron ore resources offer similar benefits to Australian DSO – simple processing, scalability and consistent quality.

After Australia and Brazil, the market is relatively fragmented, as no other country has a market share higher than 3%. Ukraine and Russia have very large resource bases, but the countries have challenging logistics and a riskier investment environment in many respects. Canada suffers from cold weather and long distances to the Asian markets, while South Africa‘s resources are limited and its production has suffered more than others from COVID-19 in 2020. India has large reserves, but the government’s strategy is to protect the current and future domestic steel industry, meaning India is unlikely to increase exports from today’s levels.

Looking forward, CRU expects that the supportive fundamentals will allow Australia to maintain its market position in coming decades as production is sustained by new mines. Australia also has the lowest cost structure in the industry, insulating operators from future price falls.

The hottest current topic for global iron ore supply is Guinea, which is home to the largest basin of high-quality ore reserves that have yet to be meaningfully exploited. There are several companies that are trying to bring production online, with renewed activity on the largest Simandou concessions. Guinea certainly offers investors scale, with the possibility that a fully operational trans-Guinean railway could deliver 100 million tpy or more of iron ore to the seaborne market. However, simplicity and safety are less certain. If these impediments and risks are successfully overcome, there will be ramifications for the industry. Trade flows of iron ore will be altered and high cost marginal producers will be threatened. While the additional supply will weigh on long term prices, the assets that are best positioned to persist and profit are large scale, simple and low risk operations like the ones which have led the phenomenal supply growth the industry has seen since 2000.