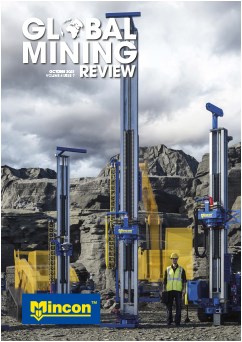 In 2010, the New York Times excited the mining world with highlights from the report of the US Geological Survey to the effect that the value of mineral wealth in Afghanistan was estimated to be almost US$1 trillion. That included 60 million t of copper, 2.2 billion t of iron ore, and 1.9 million t of various rare earth elements. Subsequent surveys have put the value at as much as US$3 trillion.

The problem, of course, was that it was all, and largely continues to be, in the ground, and minerals in the ground in a country as challenging as Afghanistan have minimal value. Nevertheless, the report caught the eye of the Task Force for Business and Stability Operations (TFBSO), a body funded by the US Department of Defense, which experienced some success in Iraq in promoting economic development in a post-conflict environment. TFBSO worked for approximately five years in assisting the Afghan government to build technical, financial, and legal structures that would facilitate the development of a mining industry and encourage foreign investment in the same.

What became of that initiative? Very little is the answer. Certainly, some capacity building in various government departments, the development of a system for competitive bidding in connection with the award of mining licenses, and, at one stage, the possible award of four licences to overseas investors. The TFBSO team oversaw the bidding for the Badakshan, Balkhab, Shaida, and Zarkashan licence blocks. Preferred bidders were selected and development contracts negotiated and agreed. Transparency following the process was somewhat limited, but what is certain is that it did not lead to the development of those projects.

Beyond basic artisanal mining for gemstones, there has been the occasional muted success story. CENTAR Ltd, founded by Ian Hannam, was able to get a gold project underway; however, that was effectively taken over by local militants. Other potentially huge projects, such as Hajigak iron ore and Mes-Aynak copper, were never developed in any way. In the case of Mes-Aynak, this was largely a function of its location in a particularly challenging security environment. China has been an early starter there, having signed a contract to develop the project, but on terms and conditions which non-governmental organisations and other international observers felt could never support commercial development – China would have to return to the table. Illegal mining has also always been rampant.

Perhaps former Afghanistan President, Ashraf Ghani, was correct when he said: “we are at risk of the curse of plenty, [the] curse of resources.” To many, these would appear to be crocodile tears. The historic absence of transparency in the conduct of the Afghan government has hardly endeared itself to potential foreign investors. Those investors have options, and Afghanistan has never presented itself as an option to be preferred.

The recent political decision to exit Afghanistan and the resultant Taliban surge effectively puts paid to any significant investment from NATO block countries. What an irony that at the time that the US and Europe were publishing policies which detailed the threat to their economies from restricted access to strategic minerals, Afghanistan, nominally under NATO stewardship, was sitting on one of the world’s biggest hauls of rare earths, as well as potentially significant lithium deposits.

So, what now? While it is still early days, geo-political analysis would suggest China, Russia, and India will play ball with a Taliban government. Even if NATO countries did want to be in the game, it is now unlikely they will be able to play on a level playing field with any of these countries. So, very little gained over the past decade, but all to play for over the next one. Groundhog Day – Afghanistan style.