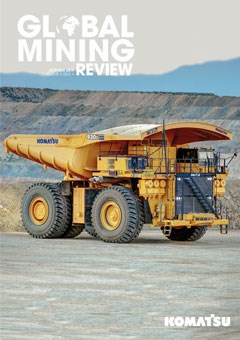 It’s common knowledge that the mining industry has been labelled by many as a global ‘bag guy’. There seems to be a variety of reasons given for this infamous reputation, but the main one (I can determine) is the adverse impact it has on the environment.

But those in the industry disagree. Recently, the mining industry has taken action against global warming. Companies are thinking ahead about the impact their operations have on the environment, and many have already implemented mitigative strategies to combat further global warming.

Two major corporations helped pioneer this movement within the industry: BHP and Rio Tinto. Back in July, BHP made history by becoming the first miner to pledge to tackle pollution, intending to invest US$400 million over the course of 5 years to reduce emissions created when its customers use its products. BHP CEO Andrew Mackenzie noted that the company will develop new technology to curb emissions both inside and outside the company.

Similarly, Rio Tinto announced in September that it had signed a preliminary agreement with producer China Baowu Steel Group and Tsinghua University to develop new methods of reducing greenhouse gas emissions within the steelmaking sector. According to Reuters, the deal will establish a research and development initiative that will cover technologies, processes, equipment, logistics and industry coordination.

And it’s not just mining giants that are taking action. This month, Canadian tyre dealer Kal Tire revealed its new carbon calculator, which is able to determine fuel and carbon emissions saved by retreading earthmover tyres compared to buying new ones. Alongside this, the company has launched its Maple Program, which calculates a customer’s environmental impact as they grow their fleet with retreads.

Associations and authorities are also getting on board. The Minerals Council of Australia (MCA) is currently developing its own climate action plan to support work being carried out by the country’s world-leading minerals sector to address human-induced climate change. The plan is scheduled to be released in 2020, and will complement the current commitment by MCA members to act on climate change.

According to the organisation’s website: “The minerals industry acknowledges that sustained global action is required to reduce the risks of human-induced climate change. The Australian minerals sector supports a measured transition to a low emissions global economy. This includes participation in global agreements such as the Paris Agreement, which would hold the increase in the global average temperature to well below 2°C above pre-industrial levels.”

Evidently, the mining industry is paying more attention than people think. Climate change is a clear concern for the industry, which is why many events and conferences have been conducting sessions about this specific issue.

For instance, the theme of this year’s Annual General Meeting (AGM) of the Intergovernmental Forum on Mining, Minerals, Metals and Sustainable Development (IGF) was ‘mining in a changing climate’. Greg Radford, Director of the IGF Secretariat, explained: “This year’s meeting focus[ses] on how the mining sector can not only adapt to climate change, but also play a role in lessening its impacts. The AGM will discuss how governments can ensure enabling policy conditions are in place within their jurisdictions that allow and encourage mining and mineral exploration companies to invest in adaptation and mitigation activities.”

And soon to take place is IMARC 2019. This year, the conference is set to feature an array of sustainable mining talks. ‘Clean energy’, ‘critical minerals supply’ and ‘future energy’ will be key themes addressed throughout the programme. Attendees will hear from industry experts on how mining can be less harmful to the communities and environments in which it operates, as well as how to reduce the social and environmental risks associated with residual and mine closures.