On 19 June, New South Wales (NSW) State Budget showed how strong economic management can deliver significant returns for the people of NSW, including for regional communities. 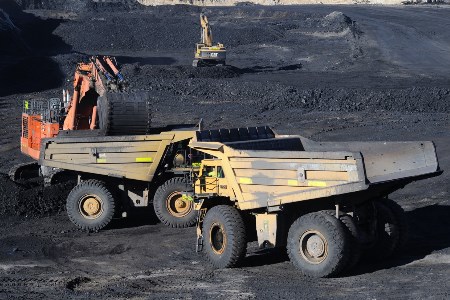 The Budget also confirms the importance of a diverse economy beyond Sydney, with record mining royalties helping fill a decline in stamp duty revenue due to a slowing Sydney property market.

“Royalties from the mining sector have been revised up by AUS$813 million, and will deliver a record AUS$1.8 billion in this year alone, and another record AUS$2 billion next year to help fund improved services across the state,” NSW Minerals Council CEO Stephen Galilee said.

Mining royalties are expected to deliver around AUS$7.4 billion in revenue over the next four years.

“Alternatively, this AUS$7.4 billion in mining royalties would pay for the bulk of the NSW Government’s key Budget commitments on education, including the AUS$6 billion commitment to fund 170 new and upgraded schools and the AUS$500 million plan to deliver air-conditioning in 1000 schools across NSW.

“Similarly, AUS$7.4 billion in mining royalties would pay for almost all of the NSW Government’s AUS$8 billion Budget commitments for better health facilities, including the funding of 40 new and upgraded hospitals across NSW, AUS$700 million for a Mental Health Infrastructure Program and AUS$150 million into research to fight cardiovascular disease.

“The Budget also confirms the NSW Government has made strong progress in delivering for regional communities, including for mining communities through the Resources for Regions programme funded from the AUS$1 billion Regional Growth Fund.

“Over the last 12 months there has been a range of funding announcements for projects in mining communities and we welcome the Deputy Premier’s recent announcement of an additional AUS$50 million funding round for the Resources for Regions programme,” he concluded.

Mining communities across NSW will also warmly welcome confirmation in the Treasurer’s Budget speech to Parliament of nearly AUS$4 million to the Clontarf Foundation to fund an additional 1000 places in NSW to support practical action that delivers improved educational outcomes for young Aboriginal men.

“We’ve been proudly supporting the work of the Clontarf Foundation for many years and this important funding commitment will help Clontarf continue to make a big difference to the lives of many people, and help improve quality of life in regional mining communities across NSW,” Galilee concluded.

Read the article online at: https://www.globalminingreview.com/finance-business/20062018/record-mining-royalties-welcomed-by-nsw-government/