Sierra Metals Inc. has announced that its Board of Directors has approved the investment by the company of US$28 million for the construction of a magnetite processing plant, including an initial expenditure of US$5.2 million for early procurement and contracting on the project. 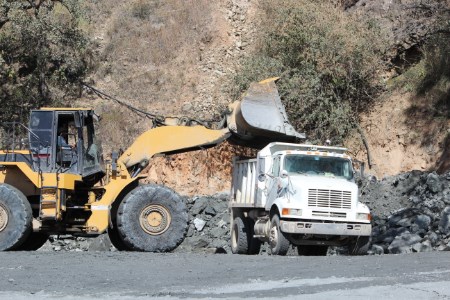 The plant is expected to produce approximately 500 000 tpy of 62% iron ore fines concentrate at the company’s Bolivar Mine located in the Chihuahua State, Mexico.

Engineering and test work of the final process is currently underway, and construction of the processing plant is expected to commence this June and will take approximately six months to complete. The company expects to concentrate magnetite as an additional process to the existing copper concentrator plant through a series of magnetic drums and regrinding equipment, at an added marginal cost for the process.

The magnetite project was previously mentioned in the Bolivar Mine’s Preliminary Economic Assessment which was filed on SEDAR (sedar.com) and EDGAR (SEC.gov) on 5 November 2020. In the report, the company mentioned that the economic analysis did not include the potential sale of magnetite but that the company was studying this potential development and believed that doing so could result in the following outcomes: 1) Increased sales revenue; 2) Reduced future closure costs; 3) Reduced tailings for deposition, and its related costs.

The project has now been approved and will be included in an updated PEA for the Bolivar Mine which will be filed within 45 days.

“We are very excited about initiating this new process the potential for additional revenue for the company. The iron ore market is presenting value enhancing opportunities for Sierra Metals and the company is taking decisive action to extract value from its existing iron ore-copper mineral resources. As well, this process is expected to have additional benefits including reduced haulage costs of our copper concentrate by rail and enhance the Bolivar mine’s economics due to this new revenue stream. Overall, we believe that this is a great value-enhancing initiative for the company and its shareholders.”

Read the article online at: https://www.globalminingreview.com/mining/23042021/sierra-metals-invests-in-iron-ore-processing-plant-for-bolivar-mine/

Altilium Group and New Generation Minerals have announced their intention to form a new legal entity to promote, market, and license the DNi Process™ in Western Australia.