Eurobattery Minerals AB, a growth company in the mining and exploration industry with the vision to help Europe become self-sufficient in ethical battery minerals, has been informed that FinnCobalt Oy has received a new maiden mineral resources estimate result from its Hautalampi mine development project. 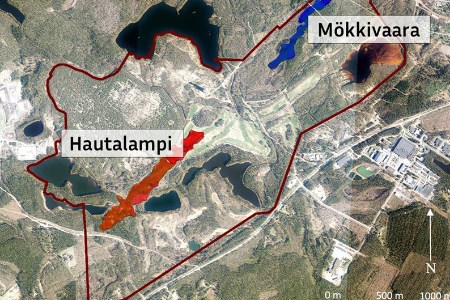 The new resource estimate includes newly estimated Hautalampi area and its North-Eastern extension known as the Mökkivaara deposit area, which was the target of the year 2020 core drilling campaign.

Eurobattery Minerals has the option to acquire 100% of FinnCobalt Oy in a staged acquisition.

“We are very pleased for the outcome of this now completed JORC-compliant mineral resource estimate of the Hautalampi project. Compared to earlier, historical resource estimates from the area, we can observe that the total resource tonnage has doubled and contained metal tonnes increased some 50%”, comments Roberto Garcia, CEO of Eurobattery Minerals AB.

The resource estimate is based on database containing approximately 82 000 m, 457 holes of core drilling, including 3768 m, 29 holes, which were drilled during 2020.

Read the article online at: https://www.globalminingreview.com/mining/22062021/eurobattery-minerals-receives-new-hautalampi-mine-resources-estimate/