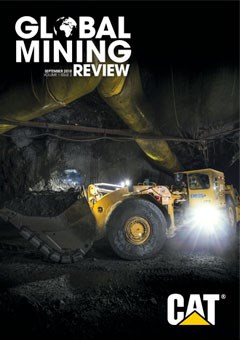 It’s no secret that women are (and have been for many years) campaigning for gender equality.

The film industry, for instance, has been at the forefront of recent conversations regarding the ‘controversial’ subject – it is not known for being a bastion of gender equality, after all. That being said, it’s not alone in facing gender discrimination.

This issue appears across all workplaces. Across industries, communities and spaces; it’s a problem that doesn’t just affect women in Hollywood, but women everywhere. It’s systemic.

A 2017 World Economic Forum report stated that mining was one of the industries that was most lacking women amongst those hired for leadership roles.1

And my research has shown me that this is true. In places like South Africa and Chile, it can be a challenge for women to even receive employment in mining. South Africa’s Portfolio Committee on Labour recently visited Sibanye-Stillwater’s Beatrix mine after becoming concerned at the sparse number of women employed in the industry.

The Committee was told that “the mine didn’t employ a lot of women especially for underground jobs that have been historically considered ‘too hard for women’, such as rock drillers.”

Similarly, in Chile, it was illegal for women to work in underground mines up until 1996. Then, when able to work, further challenges presented themselves: health and safety risks, lack of workplace support and the absence of female hygiene facilities, to name a few.

It’s no wonder why so many women feel excluded from the industry.

Yet, it must be noted that this is also apparent in more industrialised countries. Take Australia: while women have made significant strides towards equality with men over the last few decades2, many of the handful of women already involved in the mining industry are contemplating leaving it.

There are number of reasons for this, but the chief reason seems to be the lack of flexible work arrangements for new mothers. The mining industry also demands fly-in-fly-out operators and, while this can cause stress for both men and women, it can be particularly difficult for new or single mothers.

That being said, despite not being an issue for some women, many companies are working to introduce programmes aimed at attracting females to the profession. One such programme being the installation of flexible work policies.

For example, BHP has introduced flexible working hours and Fortescue Metals has installed a childcare facility at its office in Perth (Australia).

And Australia’s not the only nation making headway. UK-headquartered Rio Tinto has implemented a minimum of 18 weeks paid parental leave; US-based Freeport-McMoRan has set a 15% target of female employees across its workforce; and Canada’s Lundin Mining Corp. appointed Marie Inkster as the company’s CEO (to note, she will be one of the first female CEOs of a major mining company).

Additionally, in July, Portugal voted to abolish an international agreement that outright banned women from working in underground mines. The 1935 agreement stated: “On the underground works on mines, no person from the female sex can be employed, no matter her age.”

This masculine stigma attached to mining can be seen on a global level. But advances in technology and automation have made modern-day mining less physically demanding, meaning the argument of it being “too hard for women” goes out the window.

And while numerous countries have worked hard to start a dialogue on gender equality and are taking steps to invite women into the industry, we still have a long way to go. It’s just nice to see that the mining industry is making progress.