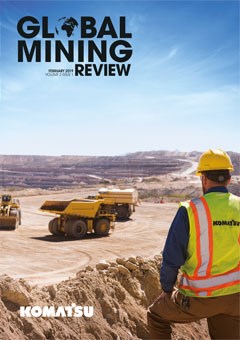 Mining giant Vale has been hitting the headlines recently, following its tailings disaster in Brazil. On 25 January, the company’s Brumadinho Dam 1 at the Córrego do Feijão mine collapsed, engulfing parts of the southeastern state of Minas Gerais. There is currently no known cause of the break, but with at least 110 people reported dead and hundreds still missing, the severity of the situation is clear.

Recently, and especially now in the wake of Vale’s disaster, mine tailings safety and management, as well as the impacts of storing and managing the large volumes of residue, have been placed under global scrutiny. And rightly so.

Leonardo Ivo, Director of the Association of Observers of the Environment of Minas Gerais, determines that “it is necessary to rethink this practice of storing mud.”1

There are a number of guidelines and regulations for tailings management, but none are 100% effective in achieving a zero failure rate.

“The approach to tailings storage facility design, construction and management must place safety as the number one priority. Failure to implement change, coupled with the reality of declining ore grades and consequent increasing waste volumes, will inevitably lead to more catastrophic failures with more deaths, human suffering and environmental destruction.”1

A number of major tailings dam failures have taken place in Brazil. In the aftermath of the November 2015 Samarco Mineração S.A. Germano mine disaster (the tailings dam in Bento Rodrigues collapsed, flooding the village with 32 million m3 of iron ore tailings), an initiative was co-ordinated by the Minas Gerais Public Ministry. It received over 56 000 signatures and led to the filing of Bill 3695/2016, Sea of Mud Never More. The bill’s primary goal was to generate specific legislation on mining tailings dam safety. Within this, there were four objectives that were deemed essential: “First, the prohibition of upstream upheaval. The second point requires taking out a surety bond before the start of the operations to help cover expenses in the event of an accident. Third, the rule would oblige mines to consider the safer dry tail treatment method. And, fourth: dams could not be built near public water supplies or within 10 km of a population.”2

Despite being supported by the Public Ministry, IBAMA and environmentalists, the law was soon replaced by Bill PL 3676/2016. Omitting the four points, this new bill enabled further weighing of economic criteria in the evaluation of licenses. At the time of writing, neither bill has been approved.

So what can be done to prevent further failures? According to a United Nations-commissioned report by GRID-Arendal, “a recurring theme in the vast majority of tailings storage facility failures is the failure to recognise and react to an emerging problem, often because of a reluctance to adequately finance tailings management. […] With the increasing uncertainty around climate change, the planning of tailings dams will have to factor in this uncertainty and the associated risks.”3

Ivo suggests that mining companies, particularly in Brazil, should implement dry treatment technologies as soon as possible. He argues that, while companies would rather risk a collapse because of the financial aspect, research has shown that dry treatment would only increase costs by 20%.

This idea is not a new one. In 2014, an independent review panel tasked to investigate Canada’s Mount Polley tailings dam failure explained that zero risk is achievable through a mixture of best available technology and best applicable practices. The panel reported that “best practices can only go so far in improving the safety of tailings technology that has not fundamentally changed in the past 100 years. Improving technology to ensure against failures requires eliminating water, both on and in the tailings. Only this can then provide the failsafe redundancy that prevents releases.”4

It’s evident that tailings management needs a makeover. And in light of recent events, perhaps the mining industry’s New Year’s resolution will be to take zero failure for tailings storage seriously. With this in mind, keep an eye out for the April issue of Global Mining Review, as we feature technical articles on slurry handling and tailings management.