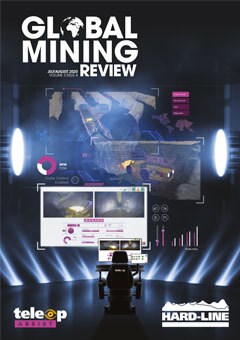 The familiar feeling of emptiness that usually follows the close of a Premier League season has been notably absent this year. Instead, it has been replaced by a palpable wave of relief felt by football fans everywhere after the community stared down the barrel of a voided season for 3 months as COVID-19 brought the world to a standstill.

The football community’s struggle, like so many other struggles during this pandemic, has refreshed my appreciation for the pillars of life that have always seemed so unwaveringly dependable. I think I speak for most of us when I say that I will hesitate to take such things for granted in the future, and there are important lessons to be learnt here for the mining industry.

An interesting story from the last couple of days is the aversion of the destruction of a rock shelter in a remote area of the Central Pilbara Eastern Hamersley gorge in Australia after the discovery of ancient ochre paintings by the Karlka Nyiyaparli people. During a standard inspection of the area, the paintings were discovered and, following research by specialists, were found to be of great historical significance.

In 2002, the site was given the Western Australian government’s ‘Section 18’ approval to be destroyed as per the Aboriginal Heritage Act (AHA) of 1972. Section 18 states that: “Where land users conclude that impact to a site is unavoidable, the Minister’s consent may be sought under Section 18 of the AHA to impact the Aboriginal site by giving notice to the ACMC.” Effectively, traditional owners are not legally required to be consulted in issues of Aboriginal site destruction, which makes prevention incredibly difficult. Fortunately in this case however, the discovery and ensuing communication allowed the Karlka Nyiyaparli traditional owners to work with Rio Tinto workers to preserve the rock shelter and redesign the entire mine site accordingly.

ABC News has pointed out another issue with Section 18 as well, which is that it can take years to gain a full and all-encompassing understanding of a particular area’s cultural significance, and even in such cases, the leaseholder has power of authority, so it takes strong protests on the ground to prevent a site being destroyed.1 Unfortunately, Eastern Hamersley gorge is a rare success story among the 463 sites in Western Australia that have had applications approved (a 100% approval rate) to be destroyed by mining companies since 2010.

An example of this is the recent case of Juukan Gorge, a 46 000 year old Aboriginal heritage site destroyed by Rio Tinto in June this year, which shows the danger that important cultural sites face.2 The gorge’s detonation had been in the works for years, but the discovery of the site’s true age in its final preparation stages is what categorised it as too historically significant to destroy. The Puutu Kunti Kurrama and Pinikura (PKKP) Aboriginal Corp. claimed they made this clear to the company for years, but the outdated law gave them no legal leg to stand on. Rio Tinto has since affirmed its support for the reform of the AHA and apologised for the destruction of the gorge, which was one of the only sites in the Pilbara region to show evidence of human life through the last ice age.

Sites like Juukan and Eastern Hamersley are examples of places that should not be taken for granted. What they teach us about our past, our culture and our history is too great to quantify. Traditional owners, such as the Puutu Kunti Kurrama and Pinikura people, must have legal power of consultation in matters that could harm ancient sites, and this can only be brought about through reform.

To keep up to date with all the latest news and developments from the mining industry, the impact of COVID-19 and new technologies and innovations, make sure you sign up for a free trial of Global Mining Review and like and follow our Facebook, Twitter and LinkedIn pages!