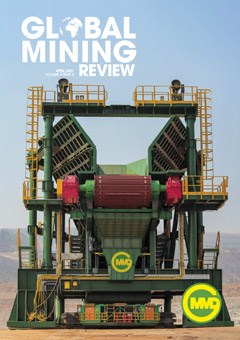 In the past, the idea of space mining has focused on exploiting the rich resources of near-Earth asteroids. More recently, the focus has shifted to in-situ resource utilisation (ISRU) in support of space exploration, especially in the context of NASA’s Artemis Program to return astronauts to the Moon by 2024 and establish a sustainable presence.1 For example, in October 2020, NASA selected Houston-based company, Intuitive Machines, to land an ice-mining drill on the Moon’s south pole in 2022.2 Meanwhile, China’s Chang’e-5 orbiter successfully delivered lunar materials to Earth in December 2020, including drilled core samples.3 The old dream of asteroid mining also perhaps came a step closer last year, with the successful return of a sample from the asteroid Ryugu by Japan’s Hyabusa2 spacecraft.4

However, the international legal framework governing the exploitation of space resources is unclear, untested and, as a result, keenly contested. This creates uncertainty over whether a private company would, ultimately, be entitled to own and commercialise the resources that it extracts, and so potentially undermines investor confidence.

Article I of the Outer Space Treaty states that “[o]uter space, including the Moon and other celestial bodies, shall be free for exploration and use by all States”, and Article II states that outer space is “not subject to national appropriation” by States. It is therefore clear that a State cannot lay claim to objects in outer space. But, what is less clear, and keenly debated, is whether this non-appropriation principle would prevent a private party from owning resources they extract in space. Among other things, if a State cannot appropriate outer space objects, it is questionable whether it could validate a private party’s claim to any space resources.

Notably, Article 11 of the Moon Agreement states that the Moon and its natural resources (and other objects in the Solar System) are the “common heritage of mankind”, and cannot become the property of inter alia, a non-governmental entity, or natural person. The concept of the “common heritage of mankind” is a contentious one, and historically the US in particular has rejected it. In April 2020, the Trump administration issued Executive Order 13914, which rejects the Moon Agreement and asserts the right of Americans to engage in commercial exploration of space resources.

More recently, the US perspective has been reflected in a series of Artemis Accords that NASA has entered with its international partners in the Artemis Program, including the UK. The accords signed with the UK include a brief affirmation that the “the extraction of space resources does not inherently constitute national appropriate under Article II of the Outer Space Treaty.”

However, this form of bilateral governmental agreement is a far cry from an established legal regime that firmly establishes private property rights in space resources on a global basis. There have been proposals made for such a regime, including the “Building Blocks for the Development of an International Framework on Space Resource Activities”, adopted in November 2019 by the Hague International Space Resources Governance Working Group.5

These are valuable discussions and a necessary prelude to a fully-fledged legal regime. In the meantime, however, the technology to utilise space resources is developing apace, which means that the pressure to resolve these long-contested issues – one way or another – will continue to build.