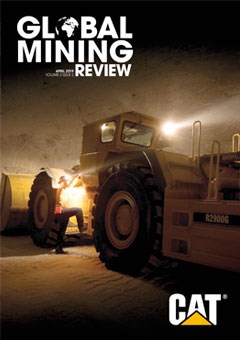 April showers have been hitting the UK hard recently, telling us that spring is finally here. And that’s great – the days get longer, trees and flowers begin to blossom, and the urge to declutter seems to strike everyone in some form or another. But despite this, I must confess that spring is actually quite lost on me. For me, it’s all about summer.

I’ve been looking into holidays recently, and every year the same dream destination comes to mind: Australasia. More specifically, New Zealand and Australia.

It’s not just the scenic landscapes, unique wildlife or the fact that you can visit Hobbiton (shout-out to Lord of the Rings fans) that intrigues me. It’s an area that really retains a sense of adventure, in more ways than one. Take the weather for example: from Melbourne to Wellington, it’s said that you can experience four seasons in one day. But while this seems exciting, the recent extreme weather has shown it’s not always a good thing.

It wasn’t Middle-earth that had a shadow cast over it this time. Rather, March proved to be a turbulent month for Australia, being hit with not one, but two cyclones. Tropical Cyclones Trevor and Veronica brought about severe wind damage and flooding across the country’s east and west coasts.

Trevor first made landfall in Queensland on 19 March, while Veronica formed off the northwest coast of Western Australia the following day. As Trevor struck again on 23 March by Port McArthur, Veronica edged its way west across the country before making landfall near Karrama and Port Hedland on 24 March, with wind speeds of up to 137 mph. Residents were evacuated and mining companies were on high alert as a state of emergency was declared.

In preparation for Cyclone Trevor, Glencore implemented its standard cyclone procedures at the company’s McArthur River mine in the northeastern Northern Territory. The company stated that it was not only suspending mining operations onsite, but also halting shipping operations at its Bing Bong loading facility. In the wake of Trevor, Glencore confirmed that its zinc mine operations were resuming, and that “all our workforce have remained safe and our infrastructure and water management systems are in excellent condition.”

On 20 March, Rio Tinto halted its Weipa bauxite mining operations in Cape York Peninsula in Queensland in preparation for Trevor. Meanwhile, twin Veronica caused the suspension of the company’s iron ore operations in Western Australia’s Pilbara region. Though operations are now resuming, it was discovered that some damage was done to its Cape Lambert A terminal, to which Rio Tinto declared a force majeure on certain contracts and has since been working with customers to minimise any supply stoppages. The cyclone is predicted to cause the company a loss of around 14 million t of production in 2019; a result of the halt in supply and reparation at its port facilities.

In the aftermath of Veronica, BHP’s Port Hedland operations are finally ramping up after its brief suspension. No critical damage was caused by the storm, but severe flooding across the site and rail lines to the port has hindered freight movements. This hiatus means the port is operating at reduced rates; at the time of writing, the company’s preliminary estimate of the cyclone’s impact in production is a loss of up to 8 million t. Nevertheless, BHP remains optimistic, stating: “We are engaging with our customers and intend to meet our contractual commitments.”

Something worth noting is that in its March climate summary for Western Australia, The Bureau of Meteorology reported that “Veronica produced rainfall, which were five to seven times of March average, along the Pilbara coast and adjacent inland between Port Headland and Karratha; a number of sites had their wettest March on record or wettest March since 1988.”

It’s been suggested that Tropical Cyclone Veronica alone will cost mining giants approximately US$2 billion in revenue following the more than 15 million t in lost exports. Yet hope remains, as miners are determined to make up for the lost tonnages over the coming months.