GoldStone Resources Limited, the West and Central Africa focused gold exploration and development company, has announced that the Ghanaian Ministry of Lands and Natural Resources (MLNR) has approved the recommendation for the grant of a 10-year mining lease on the Akrokeri and Homase Licences for the Homase South Pit and land for the plant and process operation. Goldstone now awaits issue of the lease by MLNR. 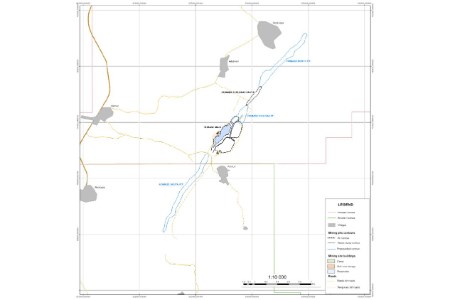 The lease represents an important step in GoldStone’s goal of bringing the Akrokeri-Homase Gold Project into production. The Homase South Pit is the first of the three pits along the Homase Trend which GoldStone will bring into production as detailed in its ‘Definitive Economic Plan’ announced on 27 June 2019.

Emma Priestley, Chief Executive Officer of GoldStone, commented, “We continue to work to bring the Akrokeri and Homase project into production at the earliest opportunity and we are very pleased to have received this approval, which is an important step to achieving this goal. I look forward to keeping shareholder updated as we move forward.”

Read the article online at: https://www.globalminingreview.com/finance-business/22112019/goldstone-resources-limited-gains-ministerial-approval-for-mining-lease/