The Mining Association of Canada (MAC) has awarded Vale’s Sudbury operations in Ontario and IAMGOLD’s Essakane gold mine in Burkina Faso with TSM Excellence Awards for their innovative sustainability projects. The companies were recognised with the awards on 7 May at the CIM Awards Gala in Vancouver. 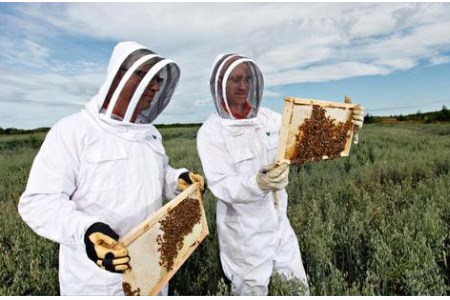 “We congratulate Vale and IAMGOLD for their outstanding projects. Together, they showcase what best practice looks like in our sector, whether it be spurring local economic development and entrepreneurship in communities where they operate or adopting innovative methods to restore mining areas back to nature,” said Pierre Gratton, President and CEO, MAC.

Established in 2014, the TSM Excellence Awards include the TSM Environmental Excellence Award and the TSM Community Engagement Excellence Award. To be eligible for the awards, mining companies must be actively implementing the Towards Sustainable Mining® (TSM®) initiative. TSM is a performance-based programme whereby mining operations evaluate, manage and publicly report on critical environmental and social responsibilities.

After more than a century of mining and logging activities, significant biodiversity initiatives are well underway at Vale’s Sudbury operations. The goal is to return historically stressed lands and waterways back to their natural states. At root of the Sudbury biodiversity programme’s success is Vale’s use of restorative processes that improve biodiversity. The programme is also bolstered by input and involvement from stakeholders, communities and experts, including government, students and conservationists.

Through Vale’s aerial seeding programme, the company has reclaimed 8600 acres of land since 1990. Additionally, the company invests US$250 000 and donates 50 000 tree seedlings annually to the City of Greater Sudbury’s Biodiversity Action Plan. Reclaiming tailings areas is also a top priority and Vale undertakes an innovative approach by using dewatered municipal biosolids that are blended with leaf and yard waste. In 2017, Vale reclaimed 40 acres with biosolids in its central tailings area with hay for dust suppression.

Vale is also working to improve biodiversity at its revegetated slag pile in Copper Cliff by planting milkweed seeds, which are grown at the company’s greenhouse with the help of local school children. Milkweed is the sole food source for monarch butterflies, a species in decline across North America. As the butterflies feed on the milkweed, they pollinate the wildflowers on the regreened slag pile, further enhancing biodiversity in the area. A few years ago, Vale also introduced bee colonies to its revegetated slag hills in Copper Cliff and later introduced them to its central tailings area. There are now more than 20 bee hives, which helps to restore declining bee populations in the area. The bees aid pollination, improve biodiversity and produce honey for visitors to Vale’s operations.

Vale’s biodiversity programme also focuses on restoring local rivers and lakes and boosting their fish populations. Since 2011, Vale has raised rainbow trout and walleye and has released more than 100 000 fish into Ramsey Lake and the Onaping River.

“We are proud to be acknowledged for Vale’s biodiversity programme in Sudbury,” said Lisa Lanteigne, Environment Manager for Vale’s Ontario Operations. “The programme has been successful because of a sustained commitment to community collaboration and an innovative approach to environmental stewardship. The programme exemplifies one of our core company values of ‘Prize Our Planet’.”

In Burkina Faso where IAMGOLD’s Essakane mine is located, the company has long supported local economic development. One of the ways it does this is by giving the mine’s scrap metal a second life through the ingenuity and initiative of local entrepreneurs. The programme, known as ‘Fonds Fer’ or ‘Iron Fund’, involves the mine selling its leftover scrap metal at auction and then using the revenues to fund local business ideas. The programme has evolved through community input to ensure it meets local needs.

A good case study of the programme’s success is a peanut butter production unit run by a group of 11 local women. It is one of 34 projects this fund has supported. In Burkina Faso, peanut butter is a staple ingredient in many meals. It is traditionally produced manually by women and requires a lot of time and physical strength. This unit, the first in the region, produces high quality and affordable peanut butter, directly serving the needs of residents and local businesses.

The unit stores the raw material and finished product and houses the electric powered mill and generator. The use of a mill has several advantages over the traditional method of producing peanut butter. It improves the product’s quality, increases its quantity and dramatically cuts down the time it takes to produce it. Additionally, the unit is powered by electricity, whereas the artisanal method uses wood as its energy source, which contributes to the overcutting of forests and accelerates desertification.

The unit’s main customers are households and restaurants, but the mine will soon be added to its client roster. With the business poised to grow, the association is planning to hire more people, both to process the peanut butter and to distribute it. This processing unit is major advancement in agricultural product processing and can serve as a platform for products beyond peanut butter. Its success in revenue and job creation serves as a benchmark for other entrepreneurs. In fact, it has already inspired other women’s associations in the area to submit their business ideas.

“IAMGOLD is thrilled that its efforts towards improved community engagement are recognised through this prestigious award,” said Ben Little, Senior Vice President of Corporate Affairs, HSS & People. “We have to, however, give credit where it is due: to the incredible dedication and resilience of the Women Entrepreneurs of the Sahel region, who took this opportunity to partner with IAMGOLD and build a sound, sustainable and innovative business that will benefit the entire region and hopefully serve as a model for similar projects in the future. We are committed to continued engagement and investment in the communities where we operate to ensure they can take advantage of our various programme to achieve self-sustainability and long-term economic development.”

Read the article online at: https://www.globalminingreview.com/finance-business/11052018/vale-and-iamgold-awarded-tsm-excellence-awards/