The Minister of the Environment granted a concession to Jastrzebska Spólka Weglowa for extraction of hard coal and methane as an accompanying mineral from the Bzie Debina 1-Zachód deposit. The concession has been granted until 31 December 2051. The deposit for which the company obtained the concession has the area of 12.2 km2 and is located in the city of Jastrzebie-Zdrój and the Zebrzydowice and Pawlowice municipalities. 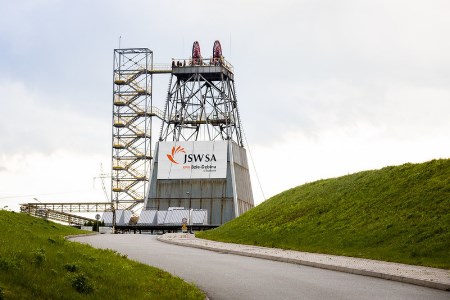 “After many years of efforts we have managed to obtain a concession for the Bzie-Debina 1-Zachód deposit. The decision of the Minister of the Environment is key for the development of the Bzie-Debina mine and the entire company. A rich resource base determines the value of every commodity company; that is why it is so important to continue enlarging that base,” said Daniel Ozon, CEO of Jastrzebska Spólka Weglowa.

The new mine was spun-off from the structures of the integrated Borynia-Zofiówka-Jastrzebie mine at the beginning of this year. The first tonne of coal from the new mine is to be extracted in 2022.

Read the article online at: https://www.globalminingreview.com/exploration-development/30052019/jsw-granted-concession-for-bzie-dbina-1-zachd-deposit/