Denison Mines Corp. report a high-grade uranium intersection in basement rocks of the first hole completed as part of the 2017 summer drilling program at the Waterbury Lake property 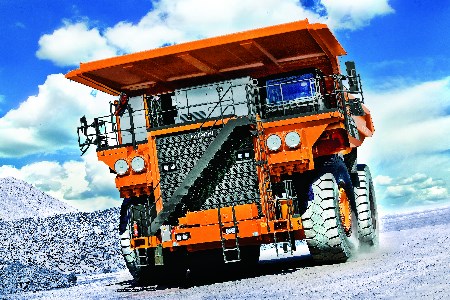 The Waterbury Lake property consists of multiple claims covering 40,256 hectares, and is located in the eastern portion of the Athabasca Basin region in northern Saskatchewan, which is rich in infrastructure. The drill hole WAT-17-443 intersected 1.1% eU3O8 over 0.8 metres (from 296.9 to 297.7 metres) approximately 1.5 kilometres to the northeast of the property's J Zone uranium deposit. The high-grade mineralization occurs immediately below a broader 10.3 metre mineralised interval (from 282.8 to 293.1 metres) with an average grade of 0.15% eU3O8. The mineralization is open in all directions continued drilling is currently underway. Results are reported as preliminary radiometric equivalent grades ("eU3O8") derived from a calibrated downhole total gamma probe. The Company subsequently reports definitive assay grades following sampling and chemical analysis of the mineralised drill core.

Dale Verran, Denison's Vice President of Exploration, commented, "This is an exciting start to our summer program at Waterbury Lake. This initial mineralised intercept, and the associated alteration and structure, bodes well for this untested trend on the project. Our extensive knowledge from the Gryphon basement-hosted deposit puts our team in good stead to evaluate this prospect and hopefully build upon the initial intercept. We look forward to reporting further results over the next few weeks."

Drill hole WAT-17-443 was orientated steeply to the southeast and intersected the sub-Athabasca unconformity at a depth of 212 metres, followed by a moderately north dipping package of basement rocks dominated by semi-pelitic gneisses. Mineralisation was intersected approximately 70 metres vertically below the unconformity in semi-pelitic gneiss and was associated with strong hematite alteration, bleaching and faulting which are typical features of basement-hosted uranium mineralisation here. The mineralisation’s actual thickness has not yet been determined, but the drill hole is the first of a planned six holes to be completed on the property.

Read the article online at: https://www.globalminingreview.com/exploration-development/15082017/denison-mines-discovery-high-grade-uranium-in-waterbury-lake/